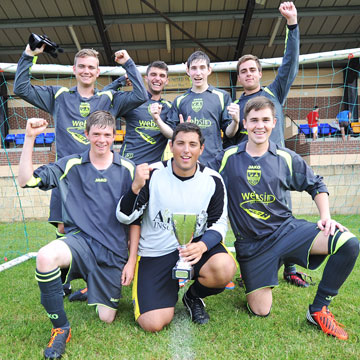 The eventual winners were Websir, after a keenly contested final with The MGroup which was eventually decided by a dramatic penalty shoot-out. You can read more about the tournament and see our photo gallery on the six-a-side page.